Consistency in your advertising can play a key role in its ongoing success. For users of television and radio, consistency is often accomplished via a musical image, or what is commonly known as a jingle. You hear them everyday.. Slogans, promises and offers set to music. Jingle production used to be a very expensive proposition. Writers, musicians, singers, producers and engineers all on the line-item budget of the production. However, that changed some years ago. Emerging digital technologies such as MIDI, sequencers, and high quality digital recording equipment became more affordable and easier to use, allowing musicians the production capability previously reserved only for major studios. Larry Hennessee was a radio DJ, who after his day job, would write jingles for the radio station's clients. One of his demo tapes found its way onto Cliff Houser's desk. Within 30 days Larry was on staff producing jingles heard in states across the country for Buick Motor Division's dealer marketing groups. 25 years later, Larry is still actively involved in music production, and has connections in many areas of the music and entertainment industry. And yes, he still writes and produces jingles. 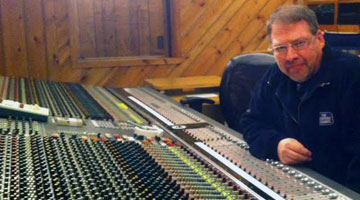